An Isuzu dealership signed a deal on a beautiful new DMAX prior to delivery. Unfortunately, when the dealership undertook a thorough inspection of the vehicle they noticed it had received a dent during transportation.

The damage was minimal but with an excited customer waiting to take possession of their pride and joy that day, taking swift action was imperative. PDR 2U are proud to say that this vehicle was repaired to its original condition in less than an hour.

Using Paintless Dent Removal techniques, the dent was repaired without removing the panel and the factory paint finish was retained. There was no evidence that the dent had ever existed and the technician from PDR 2U provided a guarantee that the dent will never reappear.

Using conventional dent repair techniques would have caused the customer significant delays of possibly over a week, the factory paint finish would have been compromised and the Isuzu dealership could have lost the deal through breach of delivery terms under the contract.

Customer satisfaction is our priority and for this reason, we offer a lifetime guarantee on all PDR 2U repairs. 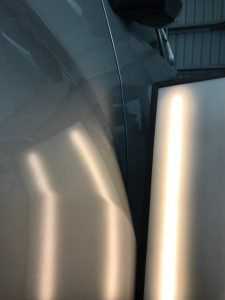 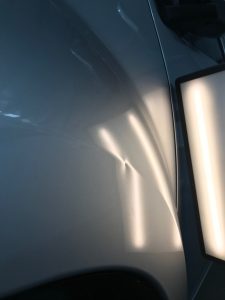