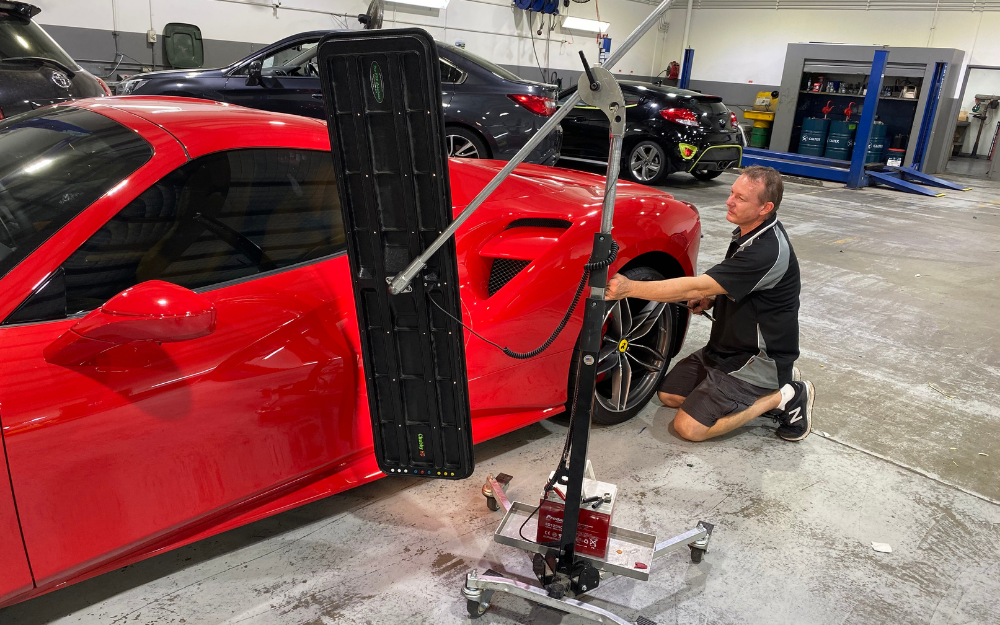 When it comes to repairing dents, especially on luxury vehicles, it may seem impossible to get the perfect finish that looks like the dent never happened. Unfortunately, luxury vehicles are susceptible to dents and exterior damage like any other car whether it is from hail, car park dings, and other minor damage like the neighbour lightly backing into it as they leave for work.
Going to a panel beater is normally the first choice, however, for such a minor fix, this can honestly become more expensive than first expected. Panel beaters also need to fill and paint over the affected area which first of all can affect the resale value of the vehicle, and secondly can become a problem when the right colour of paint can’t be found since your luxury vehicle may have a unique colour.

If your vehicle has sustained major exterior damage then a panel beater will be the right option for you and your vehicle. However, when it comes to paintless dent repairs for minor damage, our team at PDR2U has got you covered. Youtube might give you a long list of different tutorial videos for how to remove a dent, but doing it yourself (or getting a mate to do it for you) likely won’t return the vehicle’s exterior to a perfect condition which is why we recommend choosing the specialists, especially for luxury vehicles where potentially thousands of dollars are at stake.
This way, we can get your vehicle back to how it looked before the dent occurred without leaving a trace and without the need for lengthy processes involving fillers and repainting that can stick out to the trained eye. All for a lower price as well, thanks to our special techniques and equipment that speeds the whole process up.

Our process, while simple, is extremely effective for minor dents such as hail damage and door dings. When one of our team members comes to you, they will first assess the extent of the damage with an initial inspection of the area, after which they will find how they can gain access to the dent. The first and best option is to get behind the panel, where we can use our specialised equipment to reach under the panel and massage the dent from underneath.

If it is impossible for us to reach the dent from underneath the panel, we will instead, use our glue pulling system, where we can attach our equipment to the exterior over the affected area and gently pull it out from that side. It is extremely important that this is done gently and with a massaging technique.

Someone with little experience, like the guy down the road who fixes the neighbourhood’s cars on the cheap, likely won’t have the right equipment and might instead try gently knocking the dent out using, say, a hammer, or something else that will still leave a collection of smaller dents even when they pop the original dent out. This will just make repairing the damaged site more difficult than it needs to be, so when one of your mates sees the dent in your luxury vehicle and offers to fix it on the cheap, it’s best to say no.

Our team of experienced professionals is the ones who know how to get rid of minor dents so that your vehicle doesn’t lose value as a result of damage or sub-par repairs, and what is even better is that we come to you in Brisbane, the Gold Coast, and the surrounding areas.

If you want professional paintless dent repairs so there is absolutely no sign the dents were there in the first place, then contact our team at PDR2U so we can send someone directly to you to assess your vehicle and get your car back to its former glory.