Paintless dent repair was invented in 1960, by Oskar Flaig. During this time, Oskar was working with Mercedes at the International Motor Sports Show in New York, where he was responsible for the maintenance of the vehicles on display. Each night, Oskar would assess all of the cars for imperfections including scratches, chips and dents caused by visitors of the show, repairing them before floors opened the next morning. Oskar tried many techniques to help remove the dents in the display cars, but eventually found that massaging the dents out of the panels with the handle of a hammer provided the best results, often returning the panels to their original condition! Oskar has since been known as the father of Paintless Dent Repair and techniques used to this day are still largely influenced by those originally created in the 1960’s.

Paintless Dent Repair is cheaper and faster than you thought. When you think of getting your car repaired, you may imagine dropping your car off at the panel beater and then organising a loan car for the duration of the repair or trying to convince your friends and family to give you a lift. Our Paintless Dent Repair technicians at PDR 2U are able to arrange a time and place for your dent to be repaired that is most convenient for you. Whether it be at home, work or anywhere else you may decide, our fast and efficient mobile service can come to you! Most dents can even be repaired onsite within an hour. If your vehicle has hail damage, a complete hail damage repair with PDR 2U will only take a fraction of the time that a conventional panel beater would. 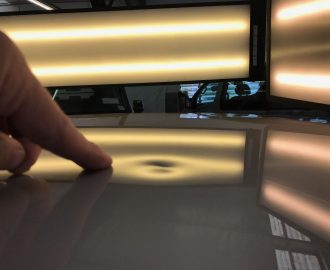 At PDR 2U we are often asked questions like “how much will it cost to fix a small dent in my car?” or “what will it cost to repair some light hail damage on my vehicle?” Answering these questions is a bit like answering the age-old question “how long is a piece of string?” The reality is, questions like these are impossible to answer without viewing a photo of your dent, or in the case of hail damage, physically inspecting your vehicle.

There are many variables that can have a significant impact on the cost of the dent repair on your vehicle.

Some of these include:

Every dent repair is different and as a result, the cost to repair your dent may be quite different to a similar dent on a different vehicle. At PDR 2U, we only charge you for what you needs to be repaired and nothing more. Feedback from our customers regarding our prices is always consistent. They are always happy with the quality and cost of our repairs. As a PDR2U customer, you can rest easy knowing that because we don’t have a one price fits all policy, you will not be paying too much for your repair.

For a free quote to repair a dent or to arrange an inspection for a hail damaged vehicle, feel free to contact Wayne on 0448844328 or upload a photo to www.pdr2u.com/get-a-quote

Photos taken on a 45 degree angle (like the one below)  to the panel are best, as they allow our paintless dent repair specialist to accurately determine the size and depth of the dent. Our experienced dent technician will assess your damage and provide a competitive quote based on the criteria above. 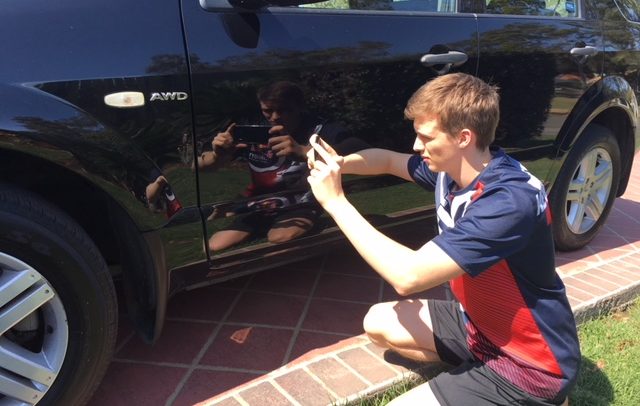 Do you ever run out of time to get everything done? Is getting that annoying dent removed from your vehicle constantly sitting on the top of your ‘to do’ list? Do you avoid getting it fixed because it just seems too hard to organise? If this sounds like you, we have good news!

PDR2U’s Paintless Dent Repair technicians come to you! We are a mobile service that comes to your home, work or wherever your vehicle may be. It’s as simple giving Wayne a call or sending a text message with a photo of your dent to 0448844328. Alternatively, you can contact us through our website at www.pdr2u.com/get-a-quote

Our mobile service covers all areas from Brisbane to the Gold Coast. We realise that convenience is key to keeping our customers happy and on most occasions, we can offer a same day service. If another day suits you better, we can book your car in for a time convenient to you and our technician will arrive on time to make your dent problem disappear! We’ll fix your dents while you work, visit a friend or relax at home. Our aim is to make your dent repair experience as easy and convenient as possible!

Our mobile service saves you the time and hassle of dropping your car off to be repaired. It also saves you losing your car for days, if not weeks, if you were to have it repaired at a conventional panel shop. When we come to you, you are able to meet our technician personally to discuss any concerns you have about the dents on your vehicle. Most dents can be repaired in less than an hour and usually cost much less than your insurance excess. Once the repair has been completed, you have the opportunity to inspect the repair while our technician is still on-site to ensure you are 100% satisfied with the result.

Whether you have one car with one dent or hundreds of cars with many dents, no job is too big or too small for the team at PDR2U. Our highly trained technicians will repair each vehicle to its pre-dent condition while maintaining your factory paint finish. The dents will never return and before you know it, you’ll forget the dents ever existed! All PDR work is covered with our lifetime guarantee. 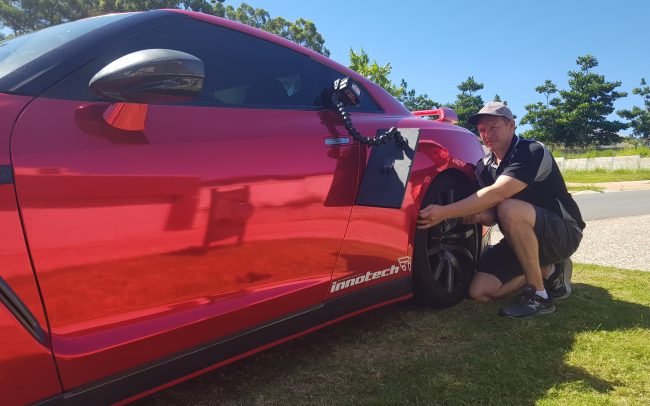