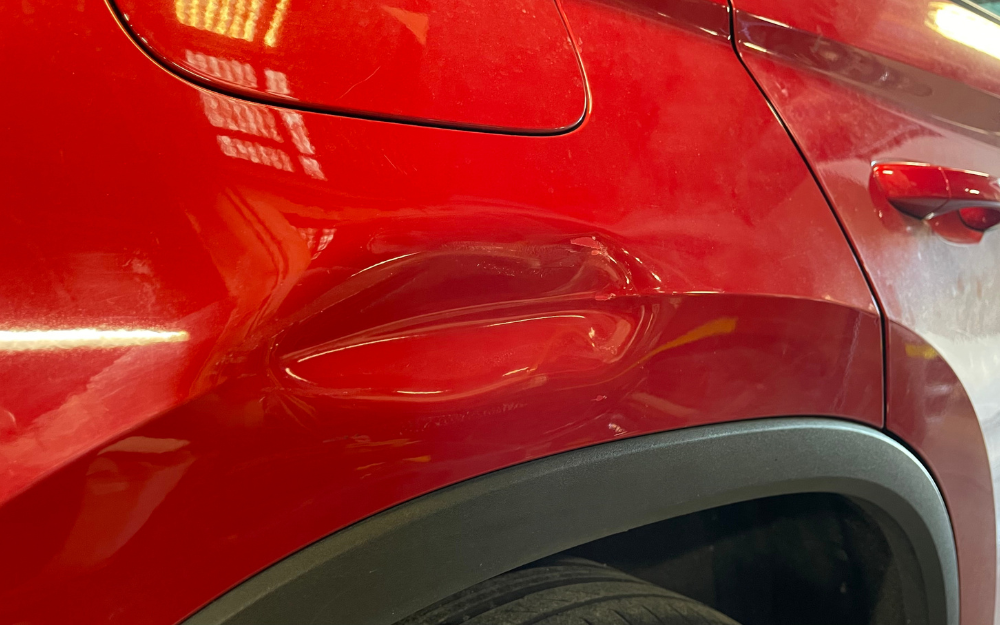 Any medic will tell you that, when it comes to injuries and illnesses, prevention is always the best course of action. Our team of dent doctors will tell you the same is true of cars and bumps or bashes.

So, without wishing to do ourselves out of business as Brisbane’s premier mobile dent removalist, what can you do to help stop your vehicle from getting those annoying dents that can make your heart miss a beat?

Find out as we look at the preventative measures you can take to keep your car in mint condition.

END_OF_DOCUMENT_TOKEN_TO_BE_REPLACED 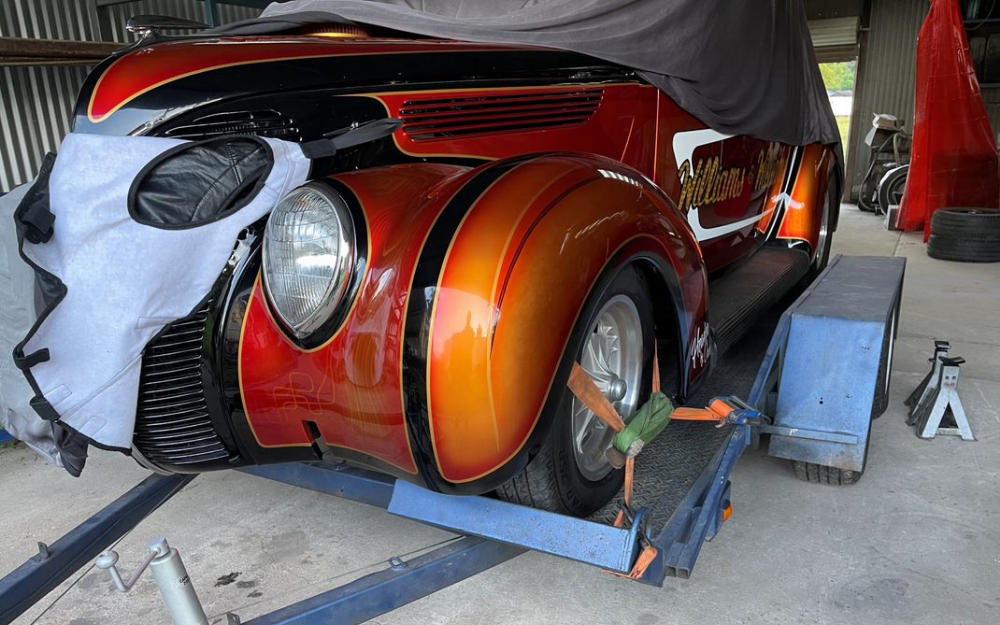 No matter what kind of car a person drives, no one likes having to bring their vehicle in for repairs. Even so, sustaining dings and dents is common for any type of vehicle and classic cars are no exemption. Age, hailstorms, tools slipping out of hands or off shelves, or things bumping into the bonnet even while inside the garage can give your classic car dings and dents. These damages could diminish the car’s appearance and value and may require costly repairs.

The good news is that restoring your classic car’s pre-dent looks won’t necessarily require you to empty your pockets. Paintless Dent Removal or PDR is an easier, time-saving, and inexpensive option to fix the dents and restore your classic car to its former glory.

END_OF_DOCUMENT_TOKEN_TO_BE_REPLACED 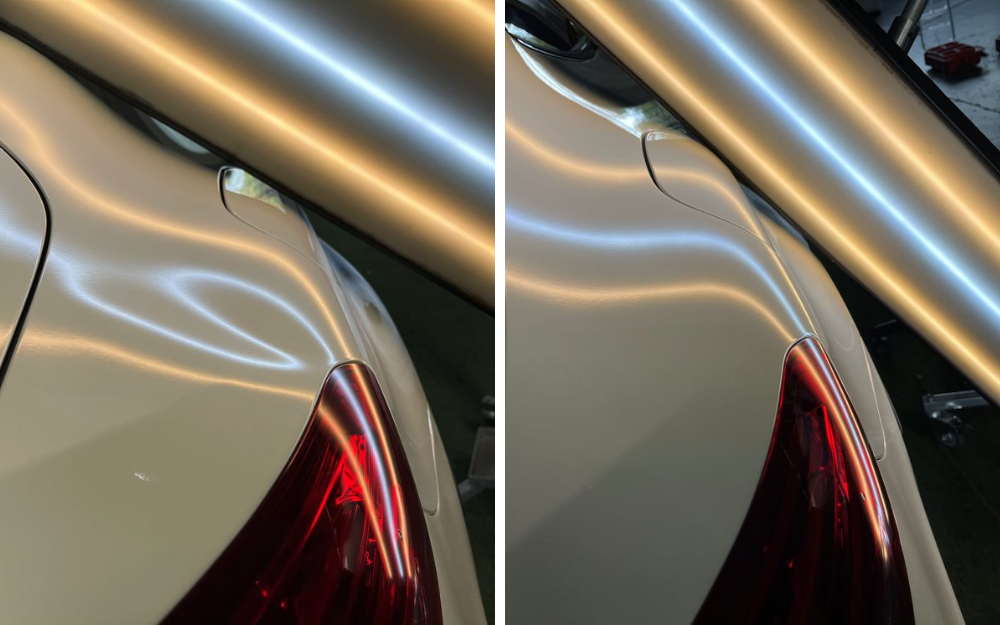 Many people will admit it: it can be tempting to do your own car repairs. If you have the right knowledge and skills, you could find this route presents an ideal opportunity to save some money. Things like changing your own oil and topping up your fluids come to mind.

Some things, however, are best left to the professionals. This is because specific tools may be required to get the job done and these could be expensive for you to acquire. In addition, it often takes time and training to learn how to get the job done well. There’s a reason people like plumbers go to school for years before practising their trade!

Mobile paintless dent repairs take time to learn. It’s not something you master overnight. Some people do try it, however, so we’re here to warn you about techniques that are best avoided.

Here are three of the strangest ways people try DIY dent repairs that we think are best avoided!

END_OF_DOCUMENT_TOKEN_TO_BE_REPLACED 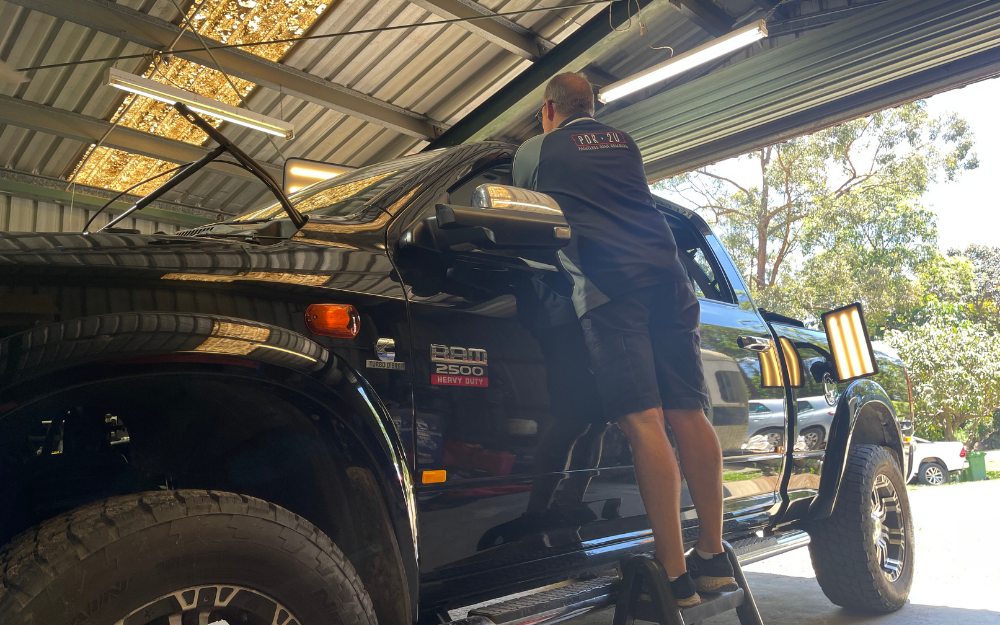 Have you ever experienced dents on the body of your vehicle? Has hail caused damage through pings and dings that disfigure your car or truck, bringing down its value? Or, maybe someone has bumped into your vehicle in a parking lot, damaging your car doors? You could be looking for a solid fix.

You might be ready to haul your car or truck off to the nearest auto body shop for a repair but depending on the damage incurred you may find that there is actually a better solution. Paintless dent removal, also known as PDR, could actually be your best answer. This newer technology is faster and often more cost-effective than traditional auto bodywork.

What is PDR and how can you find it? Let’s take a look.

END_OF_DOCUMENT_TOKEN_TO_BE_REPLACED 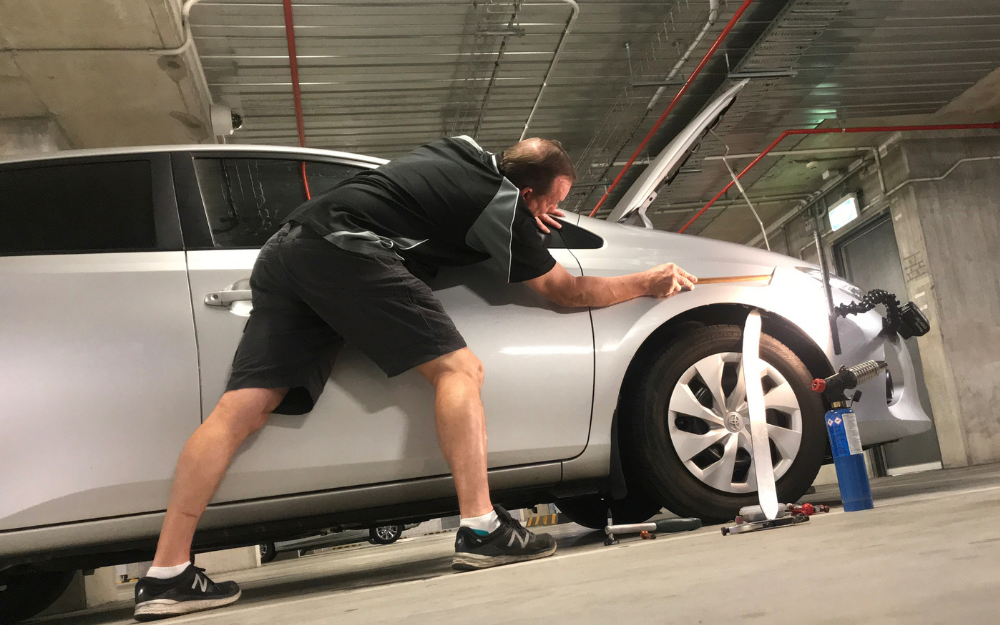 So, someone ran into your car in the parking lot. Bad news! Your vehicle now has a significant, unsightly dent in its front side door that’s begging to be repaired.

You’ve done some research and you know that there are two basic options out there on the dent repair market. One is the traditional method. This involves taking your car to an auto body repair shop where they’ll pound the car’s body back into its original shape, and add filler to any remaining gaps, painting over everything when it’s done. This is called panel beating.

The other type of repair, which we specialise in at PDR2U, has been around for just a few decades. It’s more modern in its approach and doesn’t involve using any paint. As such, it’s usually a lot faster, not to mention cheaper!

Which service is best for you and what’s involved? Here’s a look.